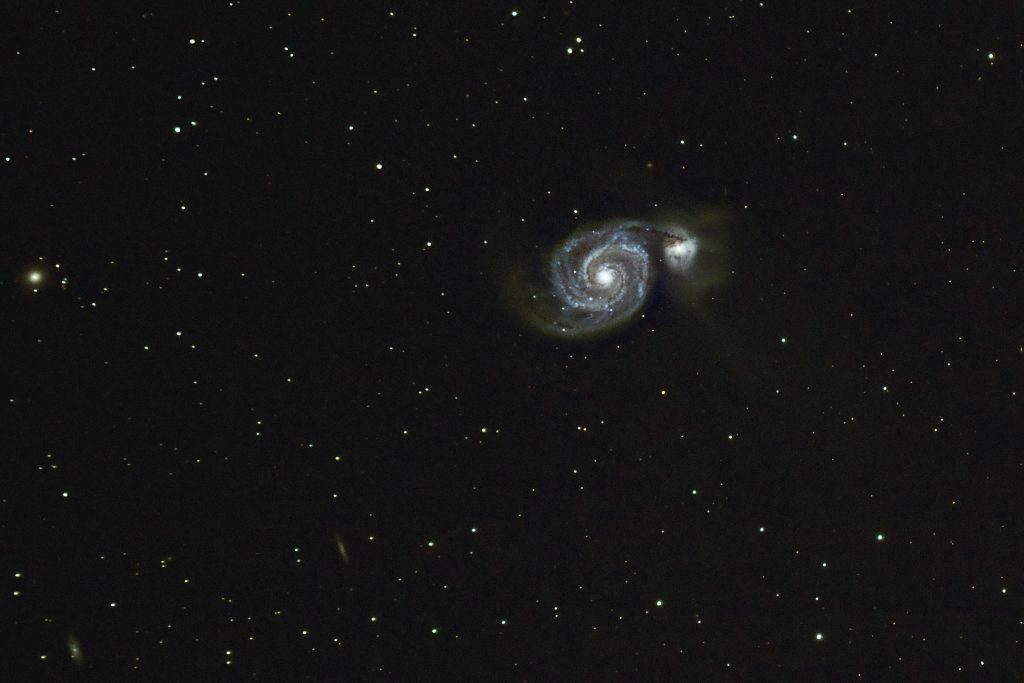 The Whirlpool Galaxy (Messier 51) is a spiral galaxy located 27 million light years from us in the constellation Canes. It is interacting with a much smaller galaxy, NGC 5195. The bright blue knots visible spread along the spiral arms are regions of rapid star formation, while the dark filaments are zones of dust obscuring the light from the galaxy’s stars.

Those with sharp eyes might be able to spot at least four other spiral galaxies (most edge-on) in this image.