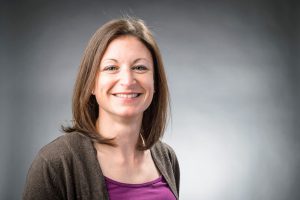 Description: Some say astronomy is a “gateway science.” With compelling images, a long and storied history, and the power to spark curiosity, astronomy has often succeeded better than other sciences at capturing public attention. With news announcements like the first detection of high-energy neutrinos at IceCube and the audible “chirp” of gravitational waves from LIGO, the scientific community celebrates the opportunity to share with others the excitement of the field. Astronomy seems to have earned the public’s trust.

But we also live in an age where people dismiss information off-hand if it doesn’t fit their world view. Some despise expertise. Hosts of people deny the human causes of climate change, attribute childhood vaccines to unrelated conditions, and believe the Earth is flat. Meanwhile, political leaders appear to ignore scientific evidence and, in some cases, actively work against it.

Has science in general lost the public trust? If so, how can we earn it back?

Kelly Tyrrell is a scientist-turned-science writer at the University of Wisconsin–Madison with a BS in Zoology from the University of Florida and an MS in Cellular and Molecular Biology from UW–Madison. In 2011, she was a Mass Media Science and Engineering Fellow with the American Association for the Advancement of Science (AAAS), learning journalism – trial-by-fire – at the Chicago Tribune. Tyrrell has also worked as a health and science reporter for the News Journal in Wilmington, DE, and as a freelance writer for the Philadelphia Inquirer. In 2014, she joined the University Communications team at UW–Madison, where she covers research of all kinds. In 2018, she published an online storytelling project called Origins, which features a chapter on the Southern African Large Telescope. She considers it an immense privilege to have visited the largest optical telescope in the Southern Hemisphere.

Space Place is located in the basement of the Villager Mall in Madison, at 2300 South Park Street, on the west side of the street, between Hughes Place and Ridgewood Way, about three blocks north of the Beltline (Google Map).

Park in front near the center of the Mall, and enter at the Atrium Entrance. Once inside, walk down the hallway to the stairs and go downstairs. Space Place occupies the left-hand part of the basement just beyond the doors at the bottom of the stairs. There is also an elevator available.